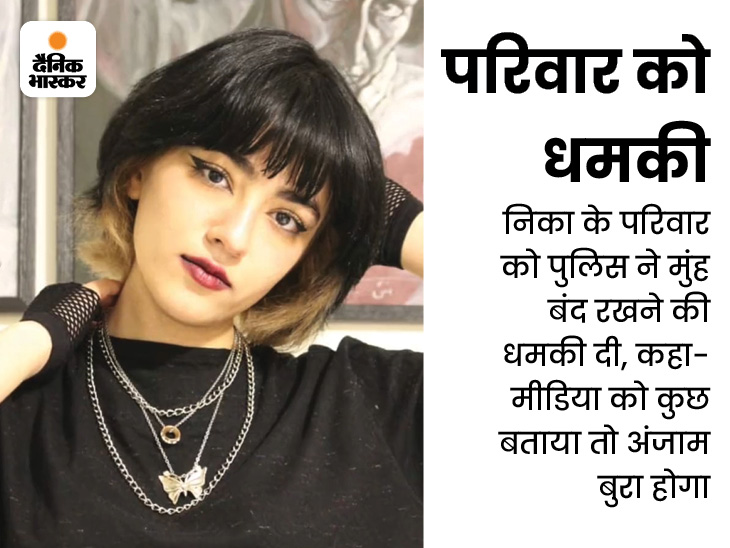 Anti-hijab protests and violence continue in Iran. The death toll rose to 92 on Sunday. Demonstrations began on September 16, when Mahza Amini, a 22-year-old student, was arrested by moral police on September 13 for not wearing a hijab, and her body was handed over to her family on September 16.

On Saturday, 17-year-old Nika Shakrami, who led the protest, was also assassinated. The police called his family and handed over the body. Nika had a severed nose and 29 head injuries.

Demonstrations in 164 cities
According to media reports, anti-hijab protests have reached 164 cities. Their impact is visible in 31 states. So far 92 people have died since Mahza’s death. The problem with the government is that the more it tries to suppress the protest, the faster it spreads.

People’s anger has boiled over after the death of 17-year-old Nika Shakrami. On the other hand, the government has once again threatened the protesters of dire consequences if they do not abandon the protest.

It’s Nika Shkrami’s first year in college. She was becoming a prominent face of anti-hijab protests. The police conspired to call his death an accident.

Nika called a friend one last time
According to ‘The Telegraph’, Nika was arrested by Moral Police from a market in Tehran. Then she chanted along with her friends. After that she escaped from police custody. While absconding, Nika told a friend on the phone that the police were following her.

Nika’s family worried about her. They searched for him in every prison, detention center, police station and public place in Tehran. They did not get any information about Nika. On Saturday, the police reportedly called Nika’s family and informed them about her death.

According to the family, Nika Azad was very fast in studies. She opposed the government-imposed hijab law in Iran from the start.

The dead body was in a bad condition
According to media reports, when Nika’s family saw her body, they found her in a very bad condition. Nika’s body had innumerable injuries. His nose was severed and he had 29 head injuries.

When the police inquired about the matter, they told the family that Nika had injured her head by falling from a high place while trying to escape. The family was asked not to inform the media about it, otherwise the outcome would not be good.