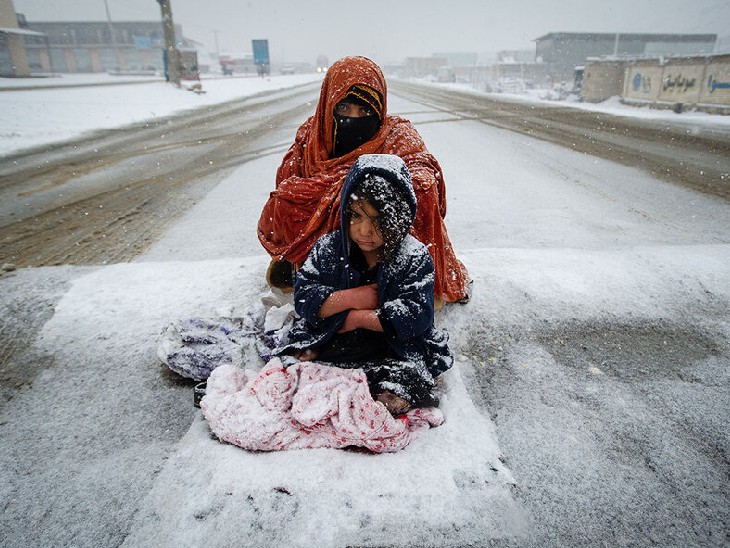 157 people have died due to extreme cold in Afghanistan in the last 15 days. 77 thousand cattle have also died. The temperature here has reached minus 28 degrees. According to the United Nations Human Rights Commission (UNOCHA), 28.3 million people in the country, about two-thirds of the population, need immediate assistance to stay alive. From January 10 to January 19, 78 people died due to cold. This number has doubled in the past week.

According to a Reuters news agency report, Afghanistan has never experienced such extreme cold in the last 15 years. The situation here is critical due to the snowstorm. Out of 34 provinces of the country, the situation is worse in 8 provinces. These 8 provinces have the highest number of deaths due to cold.

The human rights crisis is also on the rise
The economic and human rights crisis in Afghanistan has been escalating since the Taliban came to power. Recently women have been banned from working in NGOs. Due to this, it has become difficult for the people affected by the heat wave to go.

The cold in Afghanistan can be seen in the pictures…

According to the health workers, due to cold, children develop pneumonia fever and difficulty in breathing. The number of sick children in hospitals is increasing.

Mullah Mohammad Abbas Akund said that the lack of health facilities in the villages resulted in high casualties.

The Afghanistan-Pakistan highway has been cut off due to heavy snowfall. As a result, essential goods did not reach Afghanistan.

This picture is of a crematorium in Kabul. There is snow on the graves here. Generally, the temperature in January in Afghanistan ranges from 0 to 5 degrees Celsius.

This is a picture from Yaptali Sufla district of Badakhshan province. There is scarcity of water here. People have to travel many kilometers to fetch water.

UNOCHA said it provided blankets, shelter and other humanitarian assistance to 5,65,700 people in Afghanistan in January.

3 reasons why the situation worsens

1. After the new ban on the NGO, the ongoing operation of aid was halted
In December 2022, the Taliban banned women from working in NGOs. After this, the foreign aid groups that helped there stopped their activities. Most of the women worked in these groups. In this regard, UN Deputy Secretary General Amina Mohammad also visited Kabul. He discussed lifting the ban on women. He said it was a violation of women’s rights.

2. 70% of the funds were sourced from abroad and that too has stopped
The Afghan government received more than 75% of its spending from other countries, including the United States, but in 2021, after nearly 20 years, the United States withdrew its troops from Afghanistan. After this decision, the financial system collapsed. However, US President Joe Biden has said that financial aid can be provided on humanitarian grounds, but any direct provision of economic support or freezing of central bank assets will depend on the Taliban’s attitude.

3. Rising inflation in Afghanistan, shortage of cash in private banks
Nearly $10 billion of Afghanistan’s central bank’s assets were frozen overseas after the Taliban took over. The International Monetary Fund also blocked $440 million in emergency funding. In such a situation, the United Nations has said that Afghanistan is currently facing crises such as currency devaluation, huge increase in food and beverage, petrol and diesel prices, shortage of cash in private banks. Companies don’t even have money to pay employees.

Afghanistan under Taliban rule; A 65 percent cut in the budget; 2,106 people were killed in one year

One year of Taliban rule in Afghanistan is coming to an end. After the withdrawal of the US military, the situation here is very serious. In Afghanistan, 80 percent of children are forced to go to bed hungry. According to a report, children get only one meal. In this too the female children of the family have less access to food than the male children. Read full story…

Afghan girl expresses her pain in letter; We have no money, we sell things and run our house; People started stealing even to feed themselves

Zahida from Afghanistan has written a letter. This is his second letter after a year. When Zahida wrote her first letter, Taliban forces had begun to enter her town. Now the country has his government.

A year ago on August 15, the Taliban captured Afghanistan’s capital, Kabul. After 20 years, the Taliban regained power in Kabul. Zahida is also only 20 years old. That is, except for this one year, he had spent his entire life without restrictions. Read full story…