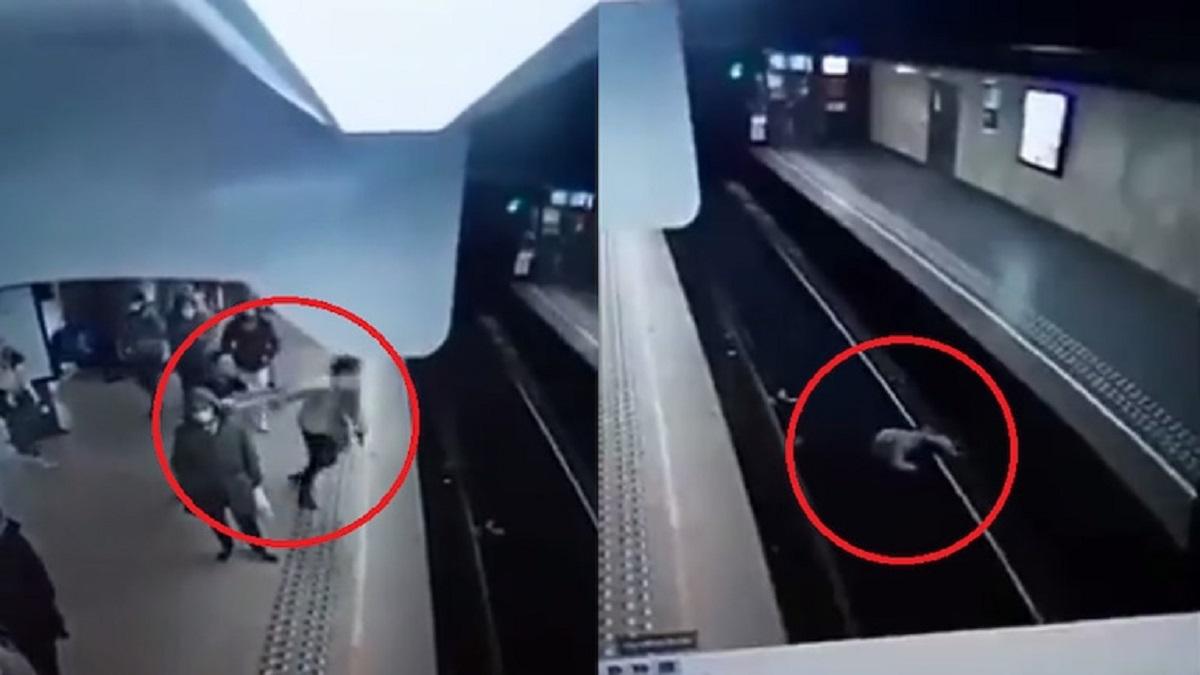 On Saturday, a man pushed a 40-year-old Asian woman in front of a train at the New York Times Square subway station, after which she died. The perpetrator is said to have been arrested.

How the incident happened

Michelle Alyssa, who lives in the Upper West Side of Manhattan, waited for the train to arrive at the Co platform. Then it was suddenly pushed from behind and the train fell on the tracks and collided with the train in front. Police arrived at the scene and found the woman unconscious and with serious injuries.

Orobi surrenders to the police

The accused has been identified as 61-year-old Simon Marshall, who has been charged with murder. He fled the scene and was handed over to police within an hour.

The media reports that the accused Simon Marshall is a mentally ill person. The accused said he pushed Michelle because he stole her jacket. The accused has a criminal record. He was sentenced to two years in prison for the robbery. He was released from prison in August 2021.

When asked if he killed Alyssa? Marshall replied, “Yes, I killed him.” I am God, I can do this.

At a news conference, New York City Police Commissioner Kiechant Sewell said the gruesome attack was unprovoked. There was no conversation between the deceased and the accused. The commissioner also said that before pushing the woman away, the accused had gone to another woman for the same purpose.

The woman told police that when the accused realized she might have done something wrong, she moved away from him a little, but the man pushed a woman away.

The New York Times reported that the dead woman could not see anyone coming to attack her and therefore could do nothing to protect herself.

Another eyewitness, Maria Ghost-Weber, told the New York Times she saw a man running toward the tracks with his arms outstretched. When he pushed the girl away she could do nothing and everything happened so fast.