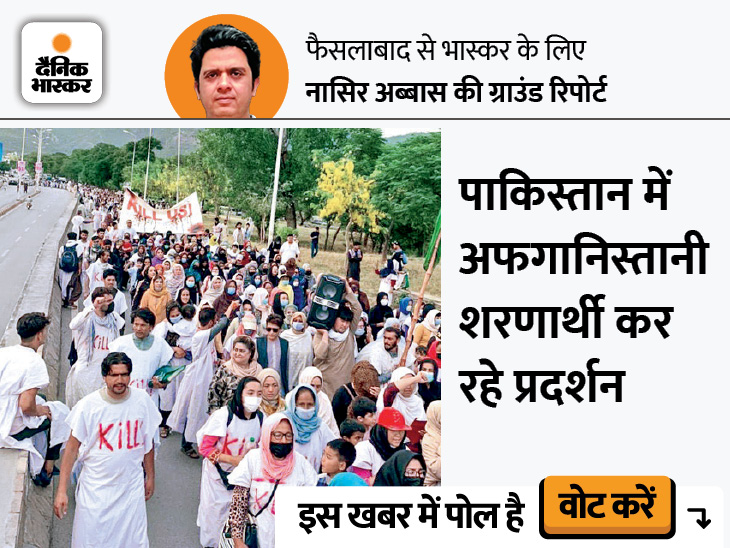 One year has passed since the Taliban seized power in Afghanistan. The atrocities of the Taliban have not abated over time. The condition of women and girls has deteriorated. As a result, people are still being displaced. Last month, 2,500 people, including women and children, entered the Pakistani capital Islamabad illegally.

Before you know the whole story, vote and express your opinion …

As Bhaskar spent the nights in the open air among them, the group became known as doctors, teachers, ex-servicemen, policemen, the first human rights activists, and journalists. While talking to them, disgusting stories came to light.

“I am a women’s rights activist and broadcaster of anti-Taliban news with my 30-year-old sister,” said Saare (name has been changed), the wife of a man in the Afghan army. A few months ago, at midnight, Taliban fighters broke into our home in Masar-e-Sharif. They searched for those in the Afghan army before the fall of Kabul. That night he selected 30 more. We took me, my sister, and the ladies of the house next door. When I was abducted, I prayed that the Taliban would kill us instead of raping us.

‘While torturing me, my sister and 6 other women, I was imprisoned for 10 days by Taliban militants and gang-raped. Mercilessly killed 8 people and imprisoned the rest. The women who survived the rape were killed by their families. The conservative social practice behind his murder is ‘Pashtunwali’, in which it is considered wrong to reintegrate a raped woman into a family. Despite all this torture, my sister and I somehow reached the Pakistani border. To get there one had to pay a high bribe at every checkpoint.

Since January, 1,511 women have been raped and violent, with 143 murdered

See also  Why do the US, Russia, India and other countries want to go to the moon this year?