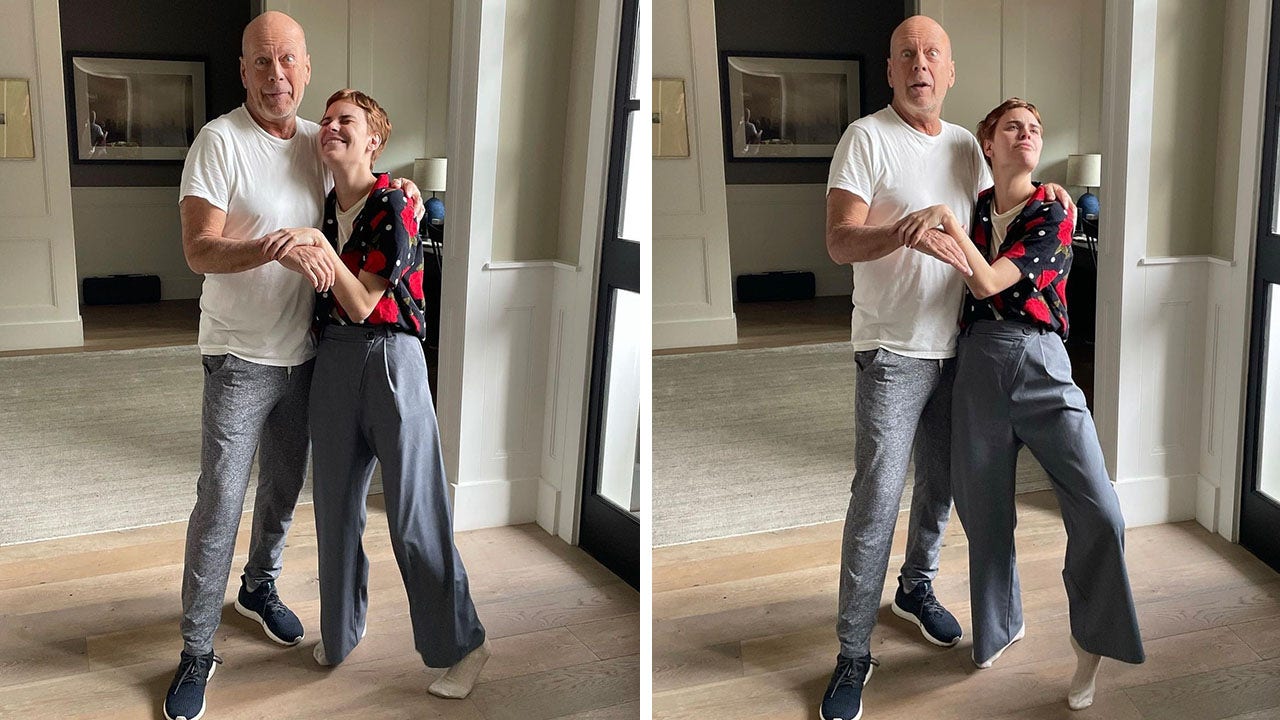 Bruce Willis and his daughter Tallulah were pictured cuddling sweetly as they took a playful photo that the 28-year-old actress shared on Instagram.

the The actor is 67 years old He is seen wrapping his arm around Tallulah and making funny faces at the camera in two of the nine photos she posted on Thursday.

In both photos, the “Die Hard” star is seen clutching his arm as he grabs Tallulah by the wrist. She is seen leaning her head on her father’s shoulder as she laughs in the first photo. The father-daughter duo made dramatic faces as Tallulah pointed to her toe in the second shot.

Emma and Bruce share a close relationship with Moore and have been isolated with their families, including all five of Willis’ daughters, during the COVID-19 pandemic.

The actor has largely kept out of the spotlight since it was revealed that he was retiring from acting this past March.

Emma and Moore and their daughters announced in a joint statement that Bruce will retire from acting after being diagnosed with aphasia, a disorder that affects a person’s ability to express and understand written and verbal language.

“We wanted to share that our beloved Bruce was, too You suffer from some health problems He was recently diagnosed with aphasia, which is affecting his cognitive abilities. As a result and with so much attention, Bruce is moving away from a career path that had so much going for it.”

“We’re moving through this as a strong family unit and we wanted to appeal to his fans because we know how much he means to you, as you do to him. As Bruce always says, ‘Live it up’, and together we plan to do it.”

However, the ‘The Sixth Sense’ star came to light in photos shared by members of his blended family on social media. On Dec. 7, Tallulah shared a photo in which she was snapped holding her beloved dog Pilaf while cuddling her mom while Bruce stared at her chihuahua.

“The laser beam connection between Pilaf and Baba is amazing,” Tallulah wrote in the caption of a smiley face covering his mouth and a smiley face surrounded by hearts.

On December 13 Moore Share a family photo Where she was photographed with Willis, Emma and their children.

“We are a family!! Getting into the holiday spirit!” “The ghost,” the actress wrote in the caption.

Ashley Hume is an entertainment writer for Fox News Digital. Story tips can be sent to [email protected] and on Twitter: @ashleyhume