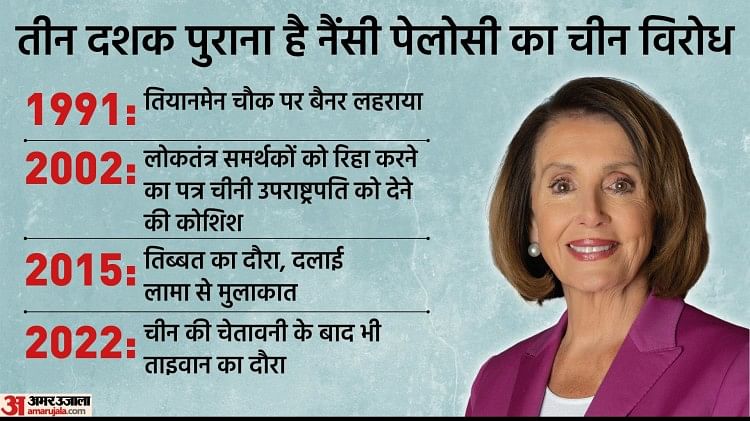 The United States has postponed a long-planned intercontinental ballistic missile test following China’s anger over House Speaker Nancy Pelosi’s visit to Taiwan, a senior official said. This week’s decision to postpone a test flight of the unarmed Minuteman III intercontinental ballistic missile comes after China’s People’s Liberation Army (PLA) began military exercises around Taiwan in response to Pelosi’s visit to Taipei. China claims Taiwan as its own country and vows to integrate it into the Chinese mainland. The Minuteman III ICBM test scheduled for this week has been rescheduled, John Kirby, the National Security Council’s strategic communications coordinator, said Thursday.

India and Pakistan should resolve their differences on the Kashmir issue peacefully through dialogue and consultation. China made this announcement on the third anniversary of the abrogation of the special status of the state of Jammu and Kashmir. In August 2019, the Indian government bifurcated Jammu and Kashmir as a union territory and abrogated the provisions of Article 370 of the Constitution, which granted special status to the former state. The Jammu and Kashmir Reorganization Bill was introduced in the Rajya Sabha on August 5, 2019 and passed on the same day. It was approved in the Lok Sabha the next day.

China strikes back at America

China’s Foreign Minister Wang Yi has said that the United States has no right to make the mistake of allowing another US speaker to visit Taiwan.

China has announced four days of military exercises since Thursday, in which the Chinese military fired ballistic missiles into the Taiwan Strait in a major show of force. Beijing engages a nuclear-powered submarine in its aircraft carrier test drills.

China has stopped negotiating with the US on many issues

China has suspended talks with the U.S. on climate change, military issues and counter-narcotics in response to Pelosi’s visit to Taiwan, according to the AP.

Now China is pointing the finger at Japan

Chinese Foreign Ministry spokeswoman Hua Chunying said during a regular briefing on Friday that recent statements by Japanese officials about current tensions in the Taiwan Strait were an attempt to justify mistakes.

See also  Agneepath Project: Find out in which countries a rule like 'Agneepath' already exists, in India this scheme is politicized

China currently has the second largest defense budget after the US. Due to this, China is very advanced in world war weapons.

Infuriated by US Speaker Nancy Pelosi’s visit to Taiwan, China has now summoned ambassadors from seven European Union countries. According to reports, China objected to their shared statement. In fact, the statement said that the military exercise carried out by China on the Taiwan border on behalf of these countries is wrong and should be stopped immediately. China says this statement by European countries is interfering in our internal affairs.

What is the difference between the population of China and Taiwan?

Tensions seem to be rising between China and Taiwan. After launching the missile on Thursday, China has reportedly flown 100 warplanes over the Taiwan border. However, Taiwan also refused to back down. Earlier it was reported that 22 Chinese planes entered Taiwan’s air defense zone.