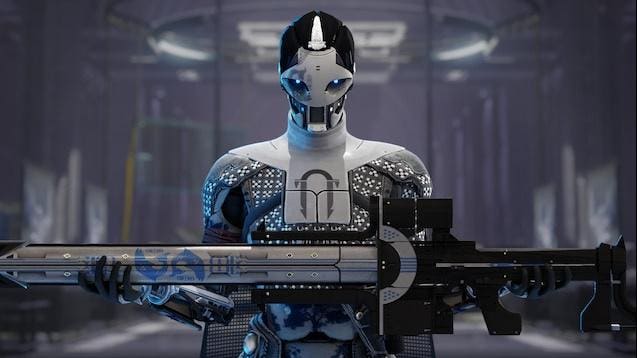 It’s a brand new year for Destiny 2, though technically the game’s new “year” will begin with Lightfall, at the end of February. But Community Manager Cosmo is asking players for their feedback on this Reddit topicboth in the short and long term, in addition to smaller changes in quality of life.

Well, given that I have a fate column here, I thought I’d do a major post in lieu of a reddit reply. Cosmo, sorry if this is a bit longer than you wanted to read, but there is a lot to go on.

Quality of life: the blues

I mean, what else do you think I’d start with? I’m not alone here, practically every other QoL post on reddit includes blues in some form, so I’m going to distill it down to the essentials. A combination of these three things must happen:

1. The blues either don’t go to the postmaster at all, or at the very least, the blues don’t take priority over legendary items or stacks of coins and take them out of the postmaster’s.

2. Option in settings to auto de-grease when capturing.

3. The jumper simply stops falling out completely (or automatically unscrews) when you hit the existing power cap, at which point it is no longer useful in any capacity.

It’s pretty basic stuff but for some reason, literally years have gone by and nothing has changed. This is the absolute thing we “listen to” that never seems to be actually being heard. I did not get it.

Quality of life: currencies – Removing planetary material was a good start, but we still had way too many coins jammed into our inventory. This includes expansion specific things like Dreaming City Charges of Light or Moon Phantasmal Shards. Some of those things can now be replaced with a lamp but at a certain point, it shouldn’t be there at all and has to be replaced in those expansions for the cost of an intro flash or something more basic.

Additionally, this includes things like Rainmaker and Matterweave consumables that shouldn’t be there at all, and entire stacks should be consumed and deleted.

Quality of life: coping with the damage – It seems weird that we only get damage numbers for raid encounters when you do this failas when you succeed, you can’t see the numbers to evaluate what you’ve done obviously better or worse.

Quality of life: Buff / Debuff icons – We have so many boosters, alerts, or other indicators since 3.0 subcategories (and even earlier) that they’re often taken off screen altogether. This makes it hard to keep track of your buffs and I have to think there is a better way to do some of these things than just a list of text piling up 6-8 lines. He may need a more creative solution than that.

Quality of life: Preference for shades – Shader that is only sorted chronologically is cumbersome. Let’s sort by most recent use, or at least a particular shader favorite so that it always appears near the foreground.

Short term: ping system – This would be a way to make the popular “no mic” LFG work better. Countless shooters have figured out a way to implement ping systems and honestly I’m not sure Destiny 2 needs a D-pad entirely dedicated to emotions rather than something like that. You can also consider this an accessibility option for those who are unable or unwilling to communicate verbally while playing.

Short range: Rare armor drop rates – Significantly increased sector wasted drop rates for shields because it’s silly to try to farm a specific piece With High stats With The distribution you want, so much so that it’s hardly worth trying.

The short term: crafting patterns – Recent changes for guaranteed drops and good knockout protection. I still subtract the total patterns needed to three or four. I’d consider no crafting modes in new dungeons or raids and just leave it to seasonal weapons (we know skilled weapons will get the improved perks somehow later).

In the short term: Transmog Cap – Lift it up. This is no longer the pressing issue it used to be, but I can’t believe that selling a transmission is such a delicate, meaningful process and that it makes the system so complicated. Players will never catch up on unlocking all skins such as the transmission because it’s physically impossible with the current skins. open it.

Short run: material covers – Massively increased material caps for things like Alloy and Shards, as it forces spending on lower items or exotic solutions like “storing” extra shards in poorly done weird shapes with nowhere else to put them.

Mid Term: Stasis / Strand Supers – While I appreciate that Light 3.0 subcategories have now given us keywords like Stasis, it’s now a bit lopsided the other way with all three subcategories having at least two Subcategories, Stasis and Now Strand only have one. I realize it’s hard to make more than one great, but it will make these rows feel unbalanced as long as that unevenness is there.

Mid-Semester: A New Light Experiment – I know some things will change soon with Guardian Ranks, but the best qualification system in Destiny can’t keep “knowing someone else plays Destiny to explain everything to you”. I also think part of the new player experience needs to be unlocking more content and making it free. Forsaken should never have been vaulted, it should have been free. Now the same applies to Shadowkeep. In the end, Beyond Light. and so on. They can’t keep selling the game in dozens of different pieces like this.

Midterm: Elevate content content – I absolutely believe it’s in Destiny’s best interest as a game to scrap the main classic missions and allow them to be replayed in the Legends tab. I’ll include The Whisper, Zero Hour, Presage, and Operation Seraph’s Shield in that (if it’s gone) to get you started. Optional plug-ins may be Harbinger or Vox Obscura. It’s criminal that these are some of the best missions in Destiny history and are effectively lost to time forever under the current system.

Mid-Term: Gambit and Crucible Maps – One legitimate new Crucible map every year and zero Gamit maps can’t be the standard going forward for what are supposed to be two main pillars of the game. While I understand that Bungie is working on other PvP projects, the way these modes have been neglected cannot be justified.

The long term: seasonal structure – I’ve been told that changing Destiny’s seasonal structure is like converting an aircraft carrier, and while I’m not asking to get rid of it entirely, I think we need something to break the monotony of the dozens or so things that can be expected each season. HELM seller, small upgrade boxes, seasonal six-man activity, artifact mods, weekly story distillers, and so on. It gets a bit routine when we’ve been cooped up in the exact same structure for literal years.

Long term: engine/server repair – Fate is old age. This includes the game itself, and its back-end structure which is falling apart more and more. I want to know what steps Bungie is taking to fix this in the long term with more Destiny content coming out it seems, as if things are starting to get that bad now it’s hard to imagine where we will be in 3+ years more.

The long run: the final look – The only hint we have about this is talk of another “epic” that will still use Destiny 2 as a base. How long is Destiny 2 supposed to be? Is there an actual plan for Destiny 3, or if it’s not called that, just a clean slate, new title coming at some point in the future? Looks like there should be another scan at the end. Is this at the beginning of the next console generation? What’s the long-term plan for Destiny here, as it feels Destiny 2 cannot and should not live forever.