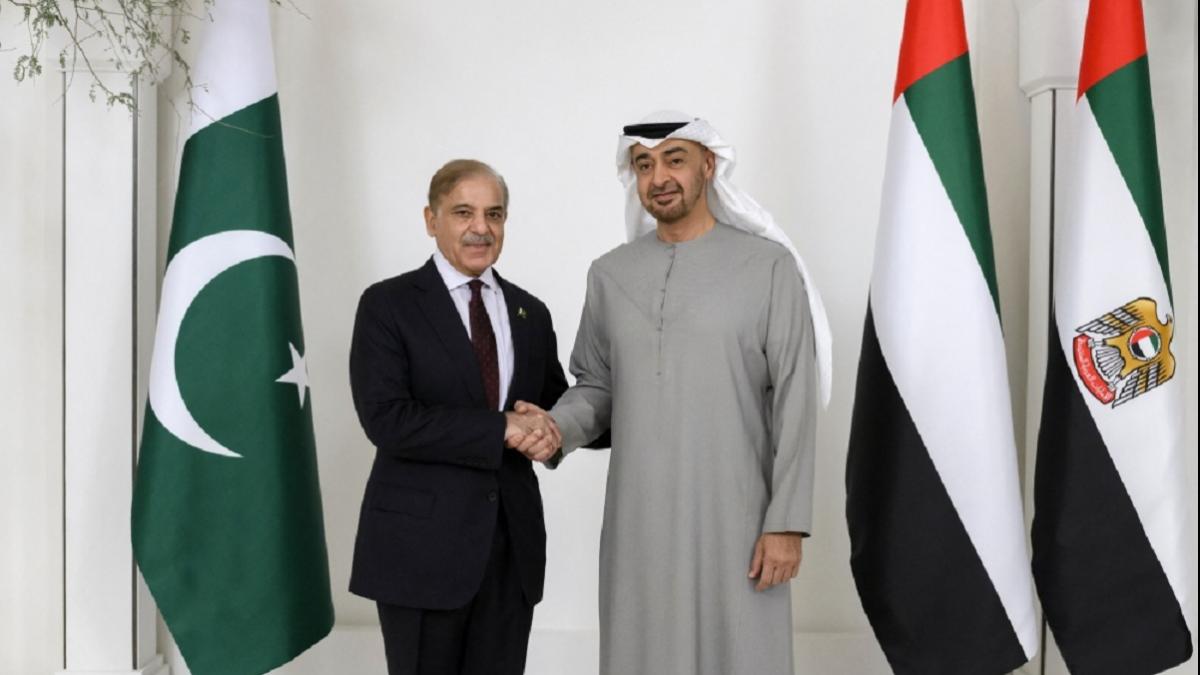 After Saudi Arabia, the United Arab Emirates has now opened its treasury to Pakistan, which is reeling from financial crisis and inflation.

According to a press release issued by Pakistan’s Prime Minister’s Office on Thursday, the President of the United Arab Emirates (UAE) Sheikh Mohammed bin Zayed Al Nahyan has decided to transfer the existing $2 billion debt on Thursday. He also agreed to provide an additional billion dollars in loans. .

The $3 billion aid received from the UAE is going to provide relief to Pakistan. Because Pakistan has to repay the debt of 13 billion dollars in the next six months. However, with foreign exchange reserves at a nine-year low, Pakistan cannot fully recover from the threat of default.

Pakistan Prime Minister Shehbaz Sharif is on a two-day visit to the United Arab Emirates to discuss bilateral trade and investment. The tour is considered crucial for Pakistan, which is facing financial crisis. He reached Abu Dhabi on Thursday and met the President of the United Arab Emirates, Sheikh Mohammed bin Zayed Al Nahyan.

The UAE has extended the assistance to Pakistan to help it deal with threats to default on loans amid rapidly dwindling foreign exchange reserves, massive flood damage and a widespread economic slowdown. Earlier, Saudi Arabia’s Crown Prince Mohammed bin Salman had also ordered an increase in aid and investment for relief to Pakistan.

The United Arab Emirates also extended the deadline for repayment of an existing $2 billion debt on Thursday. By extending the loan repayment period, it will be easier for Pakistan to receive assistance from the IMF program in the next few days. With this decision by the UAE, Pakistan will be able to increase its foreign exchange reserves and end tight controls on imports.

Due to strict import restrictions, inflation in Pakistan is at an all-time high. Pakistan had to repay a $2 billion loan to the UAE in February and March.

There is default risk

Pakistan has to repay more than $13 billion in foreign debt between January and June 2023. With this help from the UAE, Pakistan’s debt liability will be reduced by a quarter. Of the total debt of $13 billion, Pakistan has so far repaid $1.2 billion. Pakistan now owes about $10 billion after the UAE debt swap.

To permanently eliminate the risk of Pakistan defaulting, the government will have to work hard for a loan under the International Monetary Fund (IMF) loan program.

According to English newspaper The Express Tribune, in a meeting between Pakistan’s Finance Minister Ishaq Dar and IMF mission chief Nathan Porter, the IMF asked Pakistan to implement all the instructions given in recent days.

However, between March and June, China’s deadline for repayment of $3 billion in debt expires. Despite Pakistan’s repeated requests to China to extend the repayment period of this loan, the issue is yet to be resolved.

The Saudi Fund for Development (SFD) has agreed to export oil worth a billion dollars to Pakistan on credit. The agreement was held in Islamabad, the capital of Pakistan.

Earlier in 2019 and 2021, SFD also entered into an oil derivatives contract worth $4.44 billion with Pakistan under the Saudi Oil Facility. However, the entire fund was not utilized.

The agreement is said to be a follow-up to the directives of Saudi King Salman bin Abdulaziz and Crown Prince Mohammed bin Salman to support Pakistan in difficult times. Since the establishment of SFD, the organization has contributed to more than 40 projects in Pakistan.

As Pakistan’s foreign exchange reserves continue to dwindle, Mohammed bin Salman last week asked the Saudi Arabian Development Fund (SFD) to consider increasing Saudi deposits at the Central Bank of Pakistan. According to the ministry statement, the work for this is yet to be carried out.