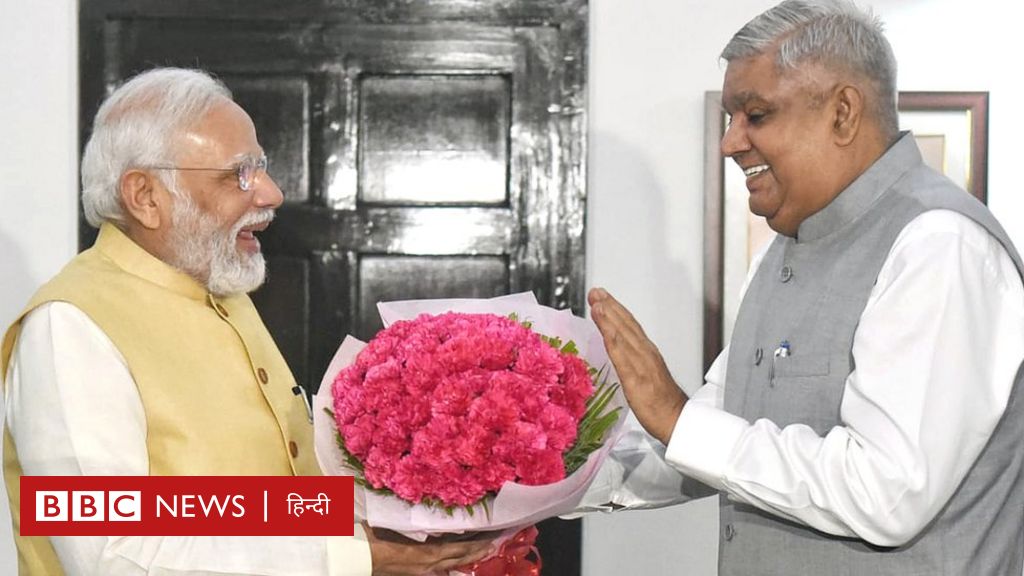 Jagdeep Dhankar will be sworn in as the 14th Vice President of India. He defeated Margaret Alva in Saturday’s vice-presidential election.

A total of 725 votes were cast in the election held on Saturday. Jagdeep Thankar got 528 votes. On the other hand, opposition candidate Margaret Alva secured 182 votes.

15 votes were declared invalid. Subsequently, it was announced that Jagdeep Dhankar had won the Vice-Presidential election.

Jagdeep Dhankar will be sworn in as the new Vice President of the country on 11th. The current Vice President Venkaiah Naidu’s tenure ends on August 10.

President Draupadi Murmu, in his congratulatory message to Jagdeep Dhankar, said the country would benefit from his experience in public life.

Opposition candidate Margaret Alva congratulated Jagdeep Thangar who won the election. During this, he thanked the Leader of Opposition and MPs of all the parties who voted for him.

Jagdeep Dhankar has never made so many headlines in his entire political career after taking over as the Governor of West Bengal in July 2019.

See also  The journey has become 'hell'... The couple who did such a drunken act on the plane had to be diverted to another country! - Couple who drank and smoked on the flight diverted the flight to passengers from other countries

Dhankar’s relationship with Chief Minister Mamata Banerjee was good during his initial days as West Bengal governor, but after a few days the two leaders started accusing each other publicly.

After taking over as governor, his clash with the state government and the ruling Trinamool Congress on various issues continued until the recent ‘black controversy’ of Mahua Moitra.

No one in the political circle was surprised when the NDA announced his name as the Vice Presidential candidate on 16 July 2022.

Born on May 18, 1951 in Kitana village in Jhunjhunu district of Rajasthan, Jagdeep Dhankar took charge as the Governor of Bengal on July 30, 2019.

Tangar’s primary education (grades one to five) took place in the village government school. After that, he got a scholarship and joined Sainik School in Chittorgarh.

He completed his B.Sc (Hons) from the prestigious Maharaja’s College, Jaipur. He studied Law (LLB) from University of Rajasthan. He always topped in studies.

Thankar joined the Rajasthan Bar Council in 1979. On March 27, 1990, he became a senior advocate. Since then, Thankar continued to practice in the Supreme Court as well. In 1987, he was also elected as the President of the Rajasthan High Court Bar Association.

Tanger’s political career began in 1989. In the Lok Sabha elections of that year, he contested in Jhunjhunu on behalf of the Janata Dal with the support of the BJP and won for the first time in Parliament. He was also a minister in Madhya Pradesh.

After the Janata Dal split, the former prime minister moved to Deve Gowda’s camp. But, as Janata Dal did not get a seat, he went to Congress. He contested the Lok Sabha elections from Ajmer on behalf of the Congress and lost.

After that he joined BJP in 2003. Between 1993 and 1998, he was an MLA from Ajmer’s Kishangarh Vidhan Sabha. During his tenure in the Lok Sabha and Vidhan Sabha, he was a member of several important committees.

At the same time, his daughter Kamna studied at MGD School in Jaipur and Mayo College in Ajmer and graduated in the US.