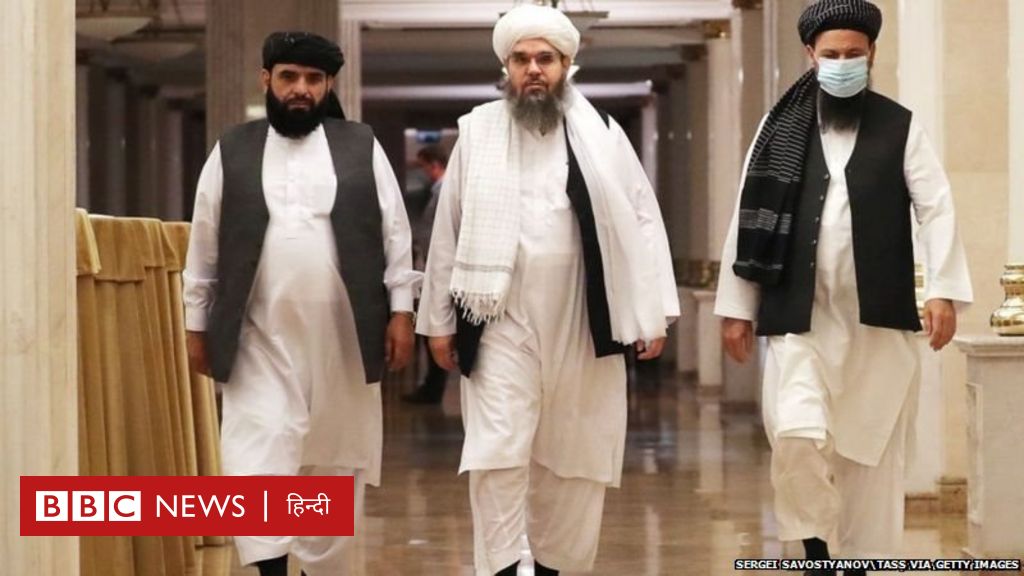 Russia has called an important meeting on October 20 to discuss the Afghanistan issue.

In addition to the Taliban, 10 countries, including the United States, China, India, Iran and Pakistan, have been invited to the so-called ‘Moscow format’ talks.

Russia is hosting the meeting for the first time since the Taliban returned to power in Afghanistan.

According to a US State Department spokesman, “We will not take part in the Moscow talks. ‘Troy-Plus’ is a useful and constructive forum. We look forward to joining this forum in the future.

India agreed to send its representative to the meeting. The Taliban group left for Moscow on Tuesday.

Russia is believed to have played a key role in the rise of the Taliban. History has seen many ups and downs, from the initial animosity between the two to the friendship, and then the Taliban’s return to power in the wake of today’s Afghanistan peace talks.

In fact, the ‘Moscow format’ on the Afghanistan issue was launched in 2017. This includes six countries: Russia, Afghanistan, China, Pakistan, Iran and India.

The purpose of the Moscow Shape Meeting

However, Russia, the country hosting the meeting, said the main purpose of the meeting was to expedite reconstruction efforts and increase cooperation for humanitarian assistance after the Taliban returned to power in Afghanistan.

Afghanistan news channels, According to Dolo News, The Taliban representatives have high hopes for this meeting. They hope that this conference will improve political and economic relations with other countries and help lay the groundwork for the recognition of the current government.

Indrani Baxi, a senior foreign correspondent and diplomatic editor at the Times of India, said: “Through this meeting, Russia is once again trying to play a” key role “in the Afghanistan issue, in which Russia faces problems.” They thought before, but it does not seem to be happening, so now Russia is in a dilemma.

The Taliban are now facing financial problems due to the ‘financial freeze’. Russia has no money. China does not want to provide financial assistance to Afghanistan and Pakistan is in debt.

On the other hand, the target of ISIS is Shia Muslims, which is why Iran is angry. Other Central Asian neighbors are not happy with the Taliban government.

Not only this, the faces that have always been seen in international forums during talks with the Taliban like Mulla Bhardar and Sher Mohammad Abbas Stanikzai are no longer very powerful in the interim government.

He said: “I do not think the purpose of this meeting is to give international recognition to the Taliban. Recently, Russian Foreign Minister Sergei Lavrov said that Russia was not in a hurry to recognize the Taliban. It clearly states what you want from the meeting. ”

“At this meeting, all the countries participating in Russia must send a message to the Taliban that if they want international recognition, they must fulfill the agreements and promises made earlier.”

In fact, the Taliban promised to form an ‘inclusive’ government – but did not fulfill that promise in forming an interim government.

In recent days, Russia has increased its military presence on the border with Tajikistan.

“Afghanistan has been an important country for Russia since the 1980s,” said Dr. Swasti Rao, an assistant professor of international relations at Aligarh Muslim University. Russia fears that if the Taliban return to power, militant groups will return to Central Asia. Do not go active again. Russia wants the Taliban not to support separatists and terrorists here and in Central Asia. At the same time, it wants US dominance in this part of Asia not to increase.

That means America does not join

Relations between the United States and Russia are currently at an all-time low.

Rakesh Sood, a former Indian ambassador to Afghanistan, attributes the US non-attendance at the meeting to its internal politics.

Rakesh Sood said, “There may be several reasons why the United States did not attend the meeting.

Not only that, but there is an ongoing investigation from Congress into the methods and process of withdrawing the U.S. military.

Recently, a US government representative held bilateral talks with the Taliban in Doha. Under such circumstances, the United States would not expect much from this multilateral dialogue. For all these reasons the United States should stay away from this conversation.

In March this year, Russia hosted a conference on peace talks in Afghanistan. The United States, Pakistan and China were invited, but India was not. The conference was also attended by representatives of the Afghan and Taliban governments.

There was a lot of discussion in India about this.

But an invitation has also been extended to India in the Moscow-talks.

Indrani said, “Whenever we mention development assistance in Afghanistan, India’s name comes up. Everyone knows that India has helped schools and other projects since building the parliament. With this, the interim Taliban government has talked about starting trade with India. So, there is talk of reconstruction and humanitarian aid in Afghanistan.” India will be included everywhere.

However, he hopes that India will refrain from making firm promises at this meeting. Both experts believe that there should not be much hope from this meeting.