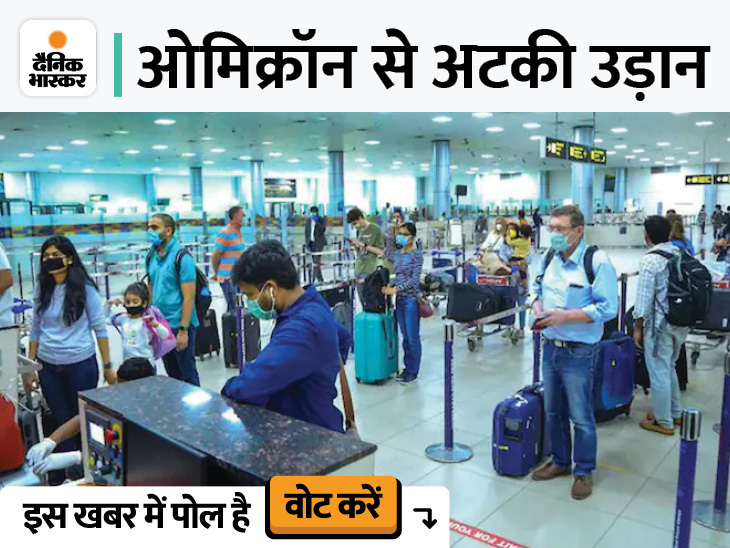 The decision to launch international flights from December 15 has been postponed in view of the threat posed by Omigron, a new variant of the Kovit-19 virus. Currently, the decision to operate international flights from December 15 has been put on hold, the Air Traffic Regulatory Authority (DGCA) said on Wednesday. The new date will be announced soon. This decision was made due to Omicron.

Earlier, on November 27, Prime Minister Narendra Modi held a review meeting on Omigron. In it, he was asked to consider the decision to start the first international tour on December 15th. The Prime Minister also spoke about the strict monitoring of foreigners.

Why is the omega-3 variant of the corona dangerous?
Omigron, the new variant of the Govit-19 virus, is changing rapidly. Since Omicron has 50 mutations so far, this new variant is said to be far more dangerous than the delta that wreaked havoc around the world a few months ago.

The WHO puts this in the category of Variation of Anxiety. There are 30 mutations in its spike protein. In fact, spike protein opens the way for viruses to enter human cells. The vaccine prepares the body to fight against spike protein by producing antibodies against it.