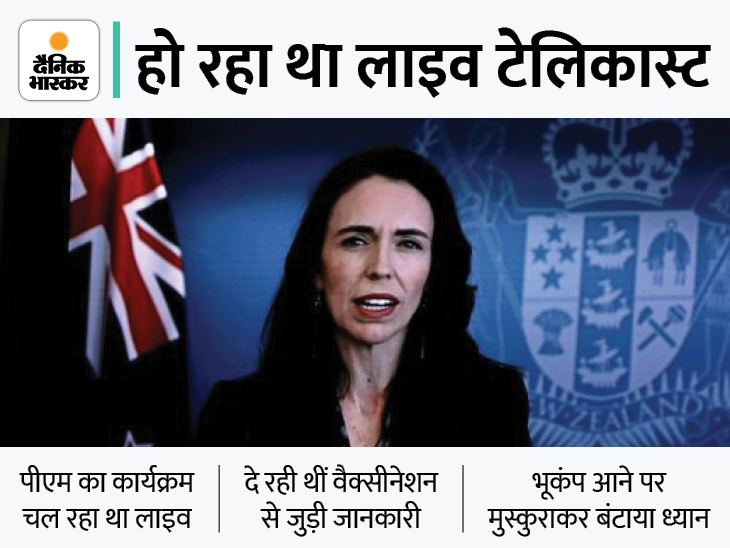 The focus was removed by claiming a small deviation from the quake
Prime Minister Jacinta presented the vaccination certificate in Wellington on Friday. The media event was televised live. Meanwhile, he suddenly gave a shocking reaction to the earthquake, but then with a slight smile he tried to prevent the earthquake from spreading among the journalists in the hall.

Instead of stopping the press conference, he looks at the mic and smiles and says, oh, sorry for this “little distraction”, will you continue to ask questions? After saying this, he started the event ahead.