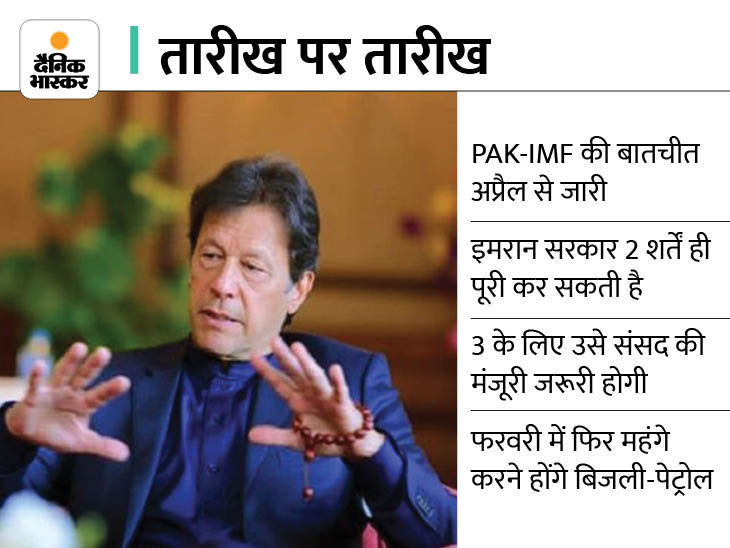 Pakistan, which is on the verge of bankruptcy, is also having trouble getting credit. The International Monetary Fund (IMF) has released a list of five conditions for a $ 6 billion loan to the government of Imran Khan. What is special is that even if Pakistan fulfills these conditions, it will not be able to get that loan for sure. The reason for this is that after these conditions are met, the IMF Board will hold a meeting only to consider the request. That is, some new terms may be added.

Negotiations have been going on between the Government of Pakistan and the International Monetary Fund since last April, but so far no loan has been made available. This is due to the record of Pakistan. The IMF has made it clear that Pakistan will not receive even a single installment of its $ 6 billion debt until it meets the conditions for its economic recovery.

Now where is the problem?
In fact, Shaukat Darin was caught up in his own statements. In September, he spoke for 11 days with the IMF team in Washington. After this- loan approval will be given in a week. Two months passed and the loan was not available. On Tuesday, when Shaukat was questioned by the media about this, he became angry and opened the International Monetary Fund’s terms box. Said- Do not ask me how long and how much credit is available. The International Monetary Fund has set five conditions. We have already finished two. The rest is up to the government to decide. The deal is over.

Here are the 5 conditions and the case against them
The International Monetary Fund imposed all five conditions on the Pakistani government last month. Electricity and petroleum products have already been made more expensive. The remaining three demands are to bring in the State Bank of Pakistan Amendment Bill, repeal the tax exemption and exempt the State Bank of Pakistan from government intervention.

The problem is that the Imran government will have to go to parliament to meet all three conditions. This bill cannot be passed without the cooperation of the Opposition. If the government makes this effort through the government, it will take 6 months. Until then where will the money come from?