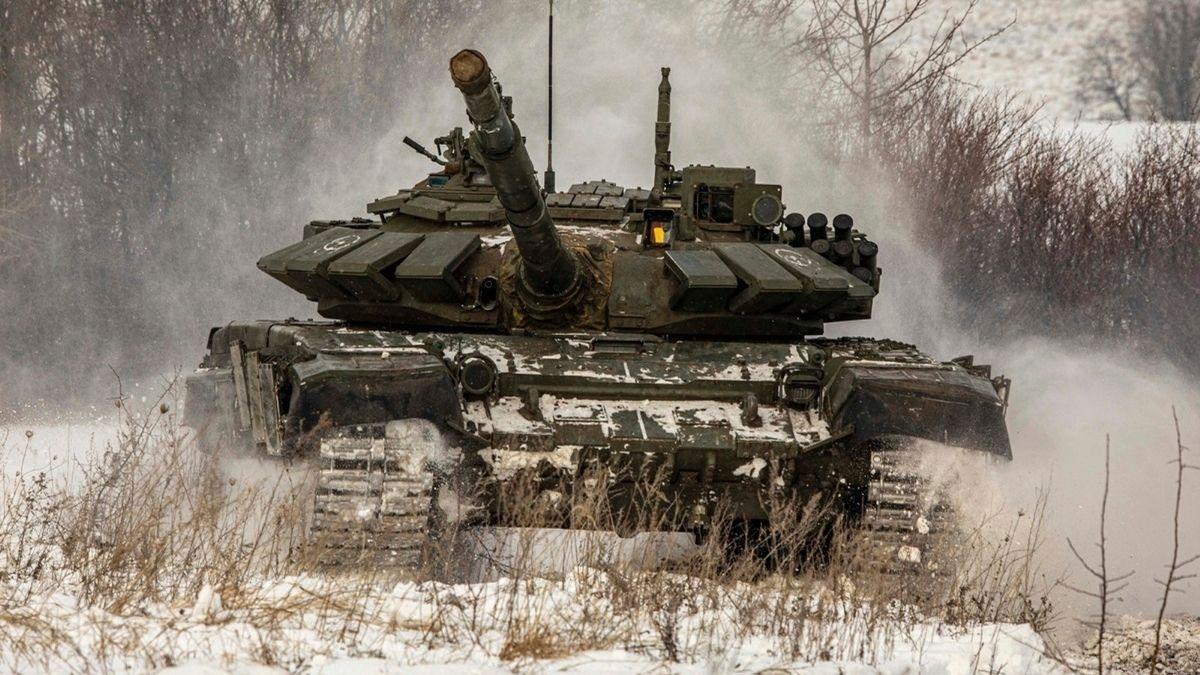 Russia-Ukraine conflict: The clouds of war between Russia and Ukraine have deepened. More than 1 lakh 30 thousand soldiers are concentrated on the border with Ukraine. In addition, Russia has deployed tanks, heavy weapons and missiles. According to the report, Russia has surrounded Ukraine from three sides. At the same time, the United States says Ukraine could be attacked on February 16.

The United States and European countries have warned of sanctions against Russia. However, this does not affect Russia. On Sunday, US President Joe Biden spoke with Russian President Vladimir Putin. He also spoke with Ukrainian President Volodymyr Zhelensky.

Meanwhile, CNN reports that Russia has surrounded Ukraine from three sides. It is surrounded by Crimea in the south and Belarus in the north. At the same time, Russia has stationed troops on the border with Ukraine. US sources say Russia could attack Ukraine at any time.

Also read– Ukraine and Russia on the brink of war? Do you know what the decades-long controversy is?

From these 3 places Russia surrounded Ukraine

1. Eastern Ukraine: There have been pro-Russian separatists in Donetsk and Luhansk since 2014. CNN reports that the Russian military base in Yelnia has been evacuated based on satellite images. In late 2021 a large number of tanks and weapons were brought to this military base, including 700 tanks, vehicles and ballistic missile missiles. Now they have been taken from a military base and stationed on the Ukrainian border.

2. Belarus: Russia and Belarus have close ties. Russia and Belarus have launched 10 days of military exercises since last week. More than 30,000 Russian soldiers took part in it. Several fighter jets are stationed in Belarus with Russian troops, including SU-35s, ballistic missile systems and S-400 air defense systems. It is feared that the Russian military could enter Kiev, the capital of Ukraine, via Belarus. The distance between Belarus and Kiev is 150 km.

3. Crimea: Crimea, which was part of Ukraine, has been under Russian occupation since 2014. According to CNN, more than 550 military tents and hundreds of vehicles have arrived north of the Crimean capital, Simferopol, based on satellite imagery. Armored vehicles are also parked near the town of Slaven on the northwest coast of Crimea. At the same time, several Russian warships have reached the Crimean main port of Sevastopol. In addition, Russia has stationed six warships in the Black Sea.

What is the product of Ukraine?

Ukraine is joined by European countries including the United States, Britain and NATO. Ukrainian Defense Minister Olesky Resnikov tweeted that 1,500 tons of military equipment had been found so far. This includes military equipment such as weapons, grenades and ammunition.