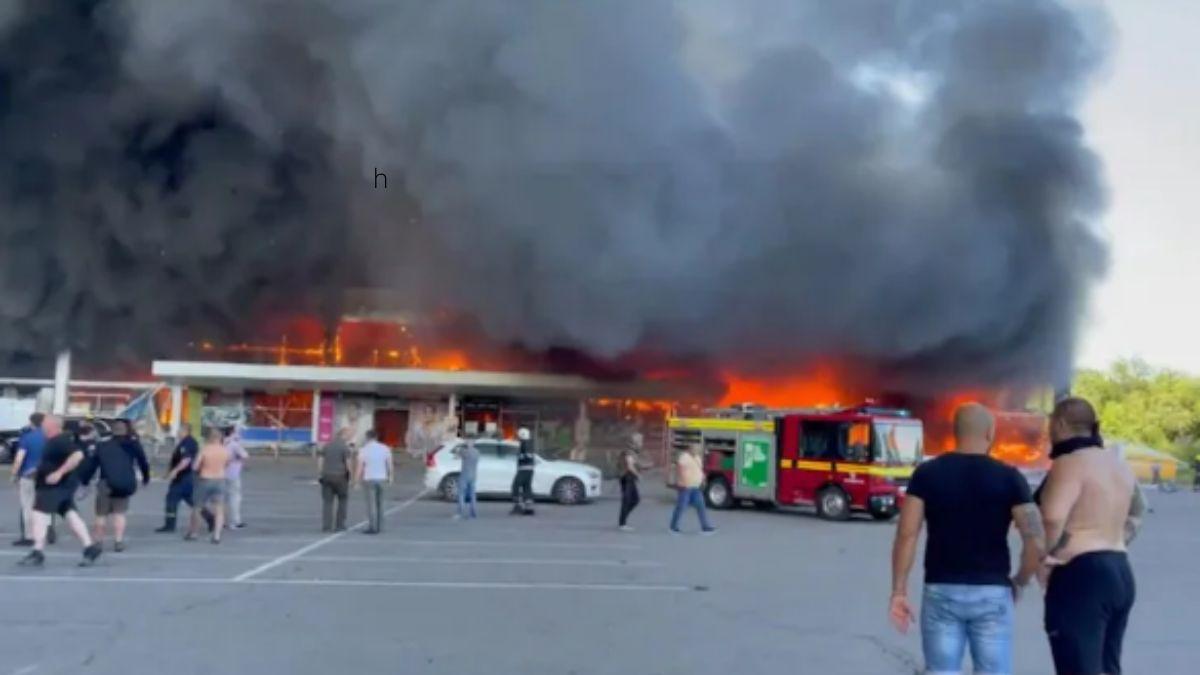 Russia-Ukraine war: Russia is still attacking Ukraine. It is constantly raining. Russia launched a missile attack on a shopping mall in eastern Ukraine on Monday. At least 10 people were killed in the attack. More than 40 were reported injured. President Zhelensky said Russia had attacked a shopping center in Kremensuk. He said there were more than a thousand people in the shopping mall when the Russian missile struck.

According to Ukrainian media, a fire broke out in the mall after the attack and firefighting vehicles were on the scene to put it out, Zhelensky said. He said it was difficult to find the exact location of the injured.

Volodymyr Zhelensky released a video of a fire that broke out in a shopping center in Kremensk.

“The invaders launched a missile attack on the shopping center. There were more than a thousand civilians there. The mall was on fire, rescue workers were putting out the fire, and the number of casualties was unimaginable.” pic.twitter.com/Src2qh3Tdf

This attack video is going viral. The mall is on fire. Dark smoke rises into the sky. Rescue crews rushed to the scene to rescue the injured.

Kremensuk is a city with a population of over 2 lakhs. This is very important from the industry point of view. Located on the banks of the river Kremenzuk Dinibro.

The war between Russia and Ukraine has been going on for the last 4 months. Russia has been bombing Ukraine since February. Many cities in Ukraine have been destroyed in the war. Thousands of people have lost their homes. Many innocent people have been killed and thousands injured. The cities of the city have been reduced to rubble.
(Reporting by Sumana Nandi)