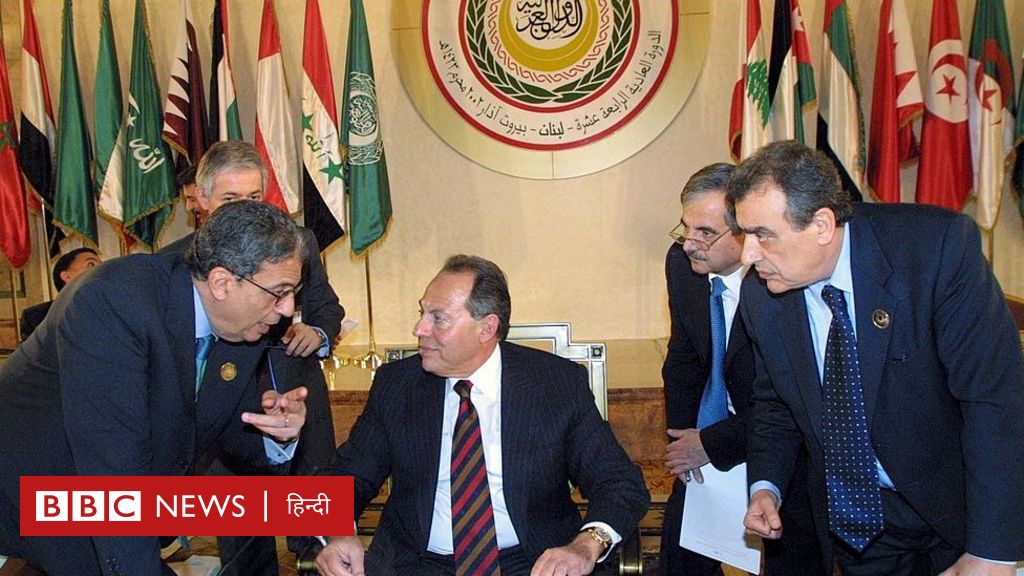 Saudi Arabia has said it is ready to restore ties with Israel. The statement was issued by Saudi Arabia’s Permanent Representative to the United Nations Abdullah Al-Molimi.

Al-Molimi told the Arab News that he was ready to establish relations with Israel in 2002 under the proposals of the Arab peace initiative.

He said that if Israel implements the 2002 Arab peace plan, “not only Saudi Arabia, but 57 members of the Organization of Islamic Cooperation will support it.”

Did Saudi dissatisfaction with the talks with the Muslim country extend a friendly hand to its adversary Israel? The answer to this question is very complicated.

What is the Arab Peace Plan?

A peace plan was adopted at the March 2002 Arab League conference in Beirut. Under the plan, Israel would have to withdraw from all Israeli-occupied territories, including the West Bank, Gaza Strip, the Golan Heights and Lebanon.

In return, the entire Arab world was ready to restore normal relations with Israel. Part of the plan is to make East Jerusalem the capital of the Palestinians. The peace program promised a “just solution” to the Palestinians displaced by the 1948-49 Arab-Israeli war.

It received international support, and the then Israeli Prime Minister Ariel Sharon was embroiled in controversy for some time.

“Decades later, the Arab-Israeli conflict has a chance to end permanently,” writes BBC Security Correspondent Frank Gardner, but shortly before the plan was released, Hamas blew up an Israeli hotel in Netanya. 30 people died and more than 100 died. He was injured in the attack. Immediately there was silence.

Is the new report really new?

Israel has no chance of agreeing to the Arab League’s 2002 peace plan. Israel is not ready to give up an inch of its possessions. So what is the significance of the Saudi Arabia proposal?

Sujatha Aishwarya at Jamia Millia Islamia University, Delhi Center For West Asian Studies I teach. He is also the author of a book on Israel.

Sujatha Aishwarya told BBC Hindi, “Look, this is their old policy. In that sense, this offer to normalize the relationship is not new, but in the current context of the region, it has a different significance. For example, Bahrain and the United Arab Emirates have recently restored diplomatic relations with Israel.

But if relations between Saudi Arabia and Israel deteriorate, what will be its impact on international politics? Analysts say there is pressure from the United States to bring Saudi Arabia closer to Israel, but all of these efforts are being made under the tongue. In recent months, the Saudi media, royalties and pro-government elites have backed the deal between Israel and several Gulf states. This is a sign of a softening of Saudi policy towards Israel.

What if it comes with?

Carnegie Foundation for International Peace in the United States Analyst Yasmin Farooq writes in an article “First, understand that normalizing relations will not bring peace. Proponents of restoring relations between Israel and the Gulf states argue that it will perpetuate regional peace. Since then, no one has addressed their” fundamental weaknesses. ” . “

Yasmin points to the unresolved mystery of the Palestinian issue.

Yasmin Farooq says in her article that even if Saudi Arabia and Israel unite, there will be no significant change in six things. It does not serve US interests in the Middle East, neither reform nor liberalization will come into Saudi Arabia, even if there is peace, it will not heat up, it will not affect Saudi-US relations, and domestically this change, he writes. Politics will not get any benefit from Saudi Arabia.

“The play of normalcy”

Talmis Ahmed is an Indian Foreign Minister. He has served as India’s Ambassador to Saudi Arabia, Oman and the United Arab Emirates. Ahmed also believes that the statement of Saudi Arabia’s Permanent Representative to the United Nations is of no importance.

They also say that relations between Israel and Saudi Arabia will not improve unless the Palestinian issue is resolved.

In an interview with the BBC, Talmis Ahmed said: “Saudi Arabia has a special place in the Islamic world. He is the Defender of Mecca and Medina, the leader of the Arab people. Israel is making no effort to talk to the Palestinians. “

He added that Israel would also have to take some steps if the Arab peace process was to move forward, but that Israel was not currently interested in withdrawing from its occupied territory. According to him, Saudi Arabia’s statement is that the old position should be put before the world once again.

Since the formation of Israel in 1948, there have been a number of thirty-six between the Arab states and Israel. After World War II, Western powers helped establish Israel, but the Arab states claim that Palestinian land was taken to build Israel.

Since then, there have been several fights between the two sides, and harsh reports keep coming in daily. Even now, Israeli rockets continue to fall from time to time in Syria and Lebanon. Israel’s war with Hamas continues in Palestine.

What is Iran playing?

Sunny Saudi Arabia, the two main rivals in the Gulf, and Shia-majority Iran have been in talks with each other since April this year. After the Iranian revolution of 1979, there was little warmth in relations between the two. Iran considers Saudi Arabia’s monarchy ‘anti-Islamic’.

Saudi Arabia’s Permanent Representative to the United Nations Abdullah al-Molimi told the Arab News: “We want to bring these talks to the forefront to discuss Iran’s conduct in the region. Nothing will happen until now. We do not want to talk. To talk.”

Commenting on the report, Talmis Ahmed said, “Disagreements between the two countries are very serious. It is not easy for both of us to like each other. I think the nuclear debate in Vienna will also affect this.

At the heart of the differences between the two countries is regional competition. Both want to lead the Muslim world. Both use their foreign policy to increase their influence in the region.

Sujatha Aishwarya says, “Saudi-Iranian relations have been at odds since the 1979 Iranian revolution. Iran has declared the monarchy non-Islamic, so this is a very complex issue. There is no conflict between the two countries. It will take time to resolve all issues.” “

It is difficult to say whether Saudi Arabia will be closer to Israel in the coming months or years. Experts believe that Saudi Arabia will act gradually in this whole matter. One of his eyes will be on Iran’s status and its future actions during the nuclear deal.