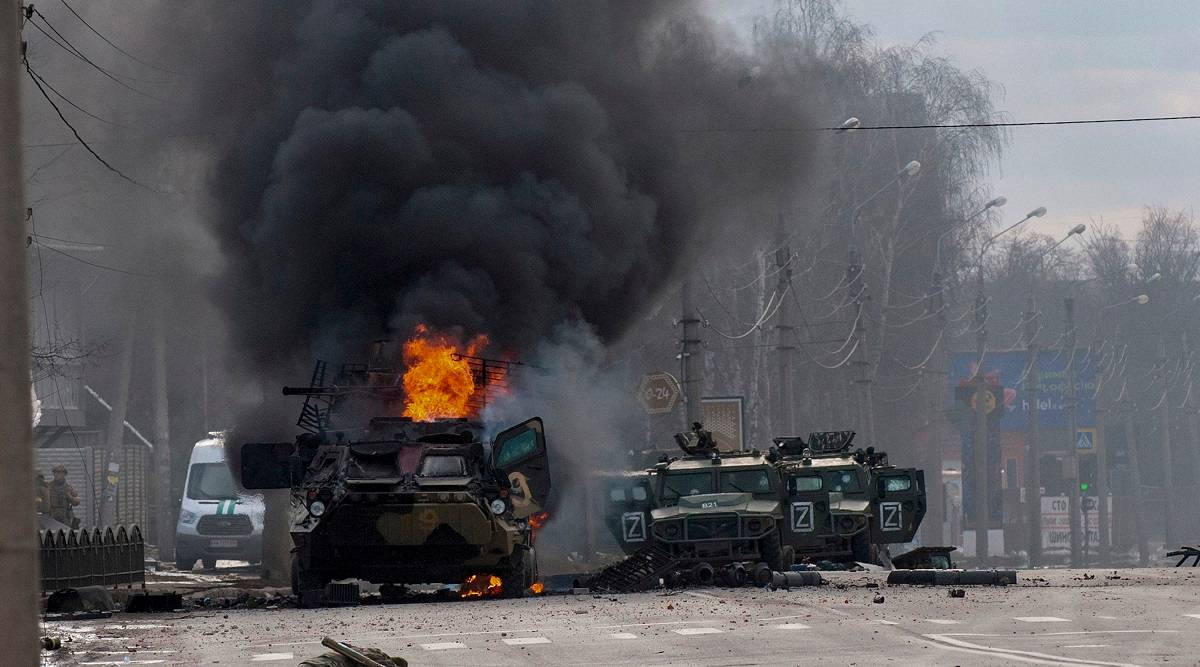 Russia-Ukraine war: Ukraine claims that 5300 Russian soldiers have been killed in the war so far. Meanwhile, talks between the two countries have begun in Belarus in the middle of the war.

Russia-Ukraine war live: Fierce war continues between Russia and Ukraine. The Russian military continues to attack the Ukrainian capital, Kiev, and Kharkiv. At the same time, Russia faces a number of obstacles after the invasion of Ukraine. The 11th emergency special session of the United Nations on the crisis in Ukraine has begun. United Nations Secretary-General Antonio Guterres said: “Humanitarian aid is important, it is not a solution, peace is the only solution. The United Nations will continue to assist Ukraine.

Here, in response to the ban on air travel, Russia has decided to ban flights to 36 countries. Meanwhile, Prime Minister Modi is holding a high-level meeting on the Ukraine crisis. An Air India special flight with 240 Indian students arrived in Delhi on Monday. Upon reaching India, these people described the arrangements of the government as satisfactory. Union Minister Mukhtar Abbas Naqvi was also present when the Air India flight reached IGI Airport. They were brought to India via Hungary.

Hundreds of soldiers have been killed on both sides so far. Dozens of warplanes, helicopters and tanks were also destroyed. In addition, Ukraine is preparing to release prisoners of war with Russia.

At the same time, the federal government is making every effort to bring in Indian students in Ukraine. In this context, a high-level meeting on the Ukraine crisis was held on Monday under the chairmanship of Prime Minister Narendra Modi. According to ANI, Union Ministers Hardeep Singh Puri, Jyotiraditya Cynthia, Kiran Rijiju and General (Retired) VK Singh will travel to Ukraine’s neighboring countries as special envoys.

Among them are Union Minister Jyotiraditya Cynthia to visit Romania, Moldova, Kiran Rijiju to Slovakia, Hardeep Singh Puri to Hungary and General (retd) VK Singh to Poland. They will all manage to repatriate Indian students stranded in Ukraine.

The eyes of the world are watching India’s position in this war between Russia and Ukraine. In fact, Russia is very important to India in terms of weapons. On the other hand, the US wants India to support Russia. But India has been talking that Russia and Ukraine should act with restraint.

It is noteworthy that in the war against Russia, the Ukrainian people are returning to their homes from abroad to help their country. At the same time, Ukraine previously claimed that Russia had lost 4,300 people so far in the war, according to reports. Dozens of Russian tanks and helicopters have also been destroyed.

We can tell you that the effect of the sanctions imposed on Russia by many major Western powers is now visible in Russia. The Russian currency, the ruble, has depreciated by almost 30 percent against the US dollar.