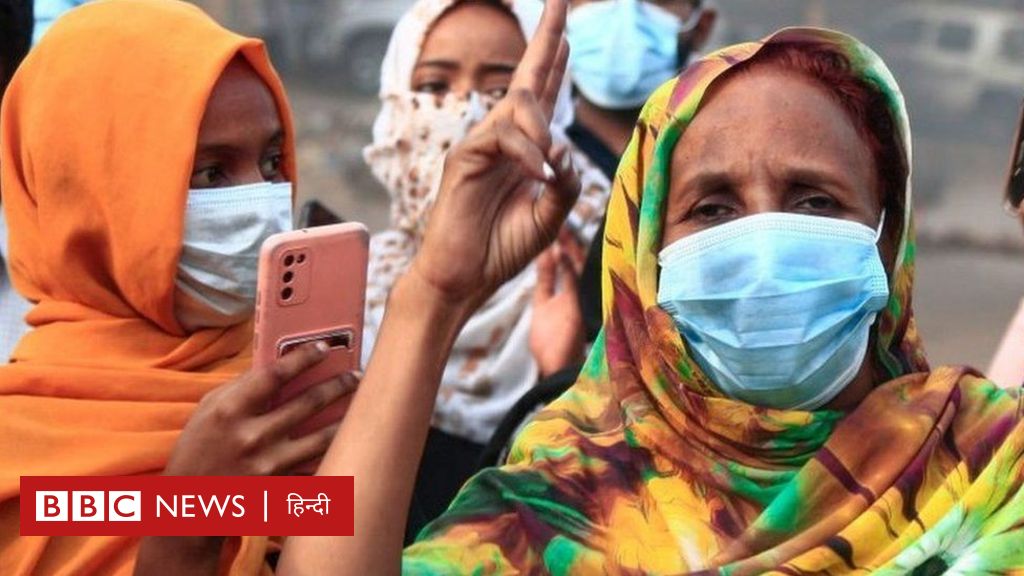 In Sudan, the military has seized control of the country after overthrowing the interim government.

The army has declared a state of emergency and arrested the prime minister and other leaders.

Gen. Abdel Fattah al-Burhan, the head of the council that runs the interim government in Sudan, addressed the nation after the coup and declared a breach of the power-sharing agreement between military and civilian representatives. He also announced the dissolution of the cabinet.

Announcing the 10 resolutions, General Burhan said, “The peace agreement signed by Sudan in Juba in October 2020 and the promises made will be outside these decisions.”

General Abdel Fattah Burhan has blamed the ongoing struggle at the political level for the military’s action. General Burhan chaired a joint cabinet with civilian leaders.

Protesters took to the streets in the capital, Khartoum, to protest the military’s move. According to reports, gunfire was also heard in the capital.

An interim government has been in place since the long-ruling Sudanese leader Omar al-Bashir was ousted two years ago. Since then there has been a situation of conflict between the military and the civilian government.

Sudan faces economic crisis. He is getting help from the international community, but after the military coup, there was a cloud of fear over this help.

People on the street

In the videos of the protests that have been released, protesters are seen putting up barriers. Protesters can be seen approaching the army headquarters.

Protesters took to the streets of the capital to protest the arrest of the leaders.

“We are ready to give our lives to save democracy in Sudan,” Haidam Mohammed, a protester, told AFP.

Earlier on Monday morning, the military in Sudan reportedly arrested several members of the country’s prime minister and several other ministers in the interim government. According to reports, Prime Minister Abdullah Hamdak has been placed under house arrest.

Sudan’s information ministry has demanded the release of detainees and a halt to efforts to overthrow the government.

This was followed by reports that the army had seized the headquarters of the country’s state television and radio station.

Sudan’s Ministry of Information has announced on its Facebook page that the military has arrested an employee.

On the other hand, the Sudanese prime minister’s adviser told the Al-Arabiya channel that the coup took place even after the US special envoy signed an agreement with the ruling party.

The country’s information ministry told Reuters, “The country is facing a complete military coup. We call on the people to stop military intervention.”

The United States has said it is concerned about reports of a coup in Sudan.

intAndThe web is closed, the streets are chaotic

Witnesses said the internet was down in the capital, Khartoum. In the news shared on social media, angry mobs are seen burning tires on the roads.

The news agency quoted an eyewitness as saying that the army and paramilitary forces were stationed in Khartoum and that there was little movement of people.

Khartoum Airport has also been closed and all international flights have been grounded.

Multiple plot attempts in a row

Pro-democracy groups say the military systematically carried out the coup to bring it back to power.

This month, protesters in the provincial government backed the military takeover of the streets of the capital, Khartoum.

Then this Thursday, thousands of people marched in the capital, Khartoum, to show solidarity with the interim government.

However, support for the interim government has waned in recent months as Sudan’s economy goes through a difficult period.

Since Sudan’s independence, political stability has not been achieved since 1956, and several coup attempts have followed.