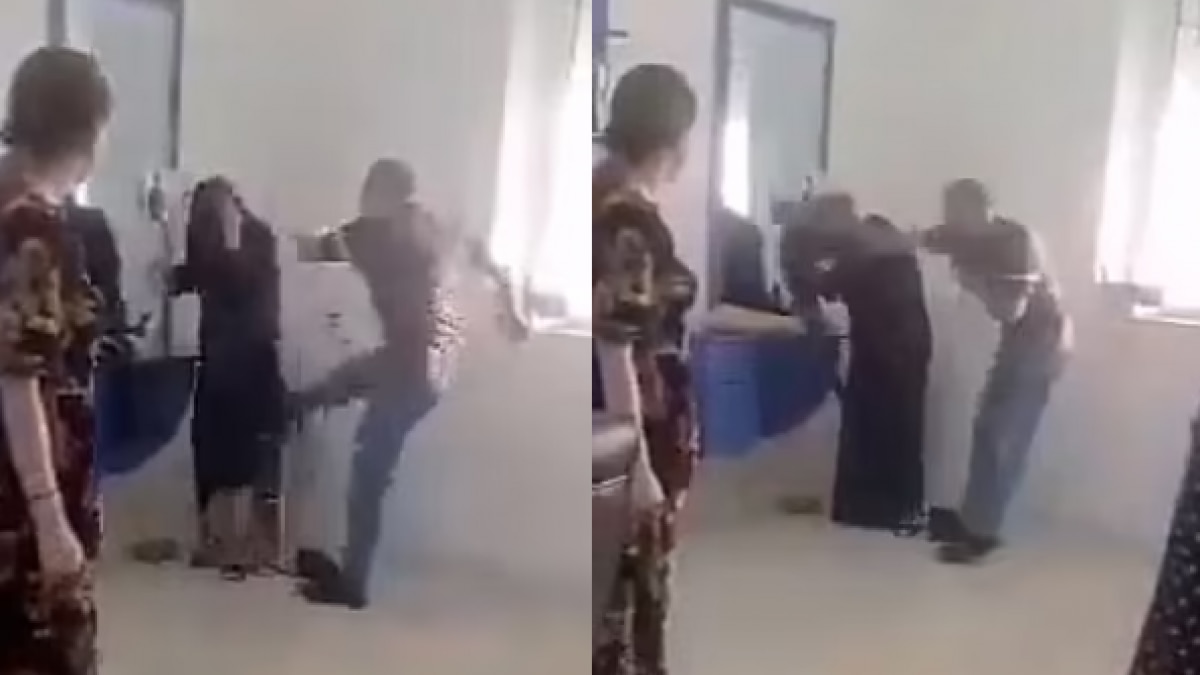 When the husband saw his wife in the beauty salon, he got angry and started beating his wife there in front of everyone. The women there could not even stop the man in fear. This is the case with Turkmenistan. Here the husband is fined for the beauty treatment of the wife. A video related to the incident has also been released.

In fact, since the new President Sardar Berdymukhamedov took office, the Turkmen government has severely restricted women’s rights. Dozens of women have been arrested since April for using false nails and eyelashes or other cosmetic devices.

Talking about the current video, it shows the husband punching and kicking the wife. Many other women were also there. But no one could save the wife from the wrath of the man. Entering the salon, the husband called out to his wife and said- How long have I been looking for you? Can’t go anywhere like this…’.

For the first time the man left his wife and left. But the next second, the man severely assaulted his wife.

The other female customers and beauticians who were there looked so scared that they did not try to stop the man. The video of the husband’s attack is said to be from Kyoshi district near the capital Ashgabat.

We will tell you that going to the beauty salon is dangerous since the new ruler came to power. Beauticians do their work underground. If the administration finds out about this, you may even go to jail.

According to reports, officials have also raided saloons in many places. Some women were arrested for looking ‘too different’. Now women are forced to wear traditional Turkmen dress. Padded bras are banned in the country.

If women are caught in beauty parlour, fine can be collected from husband or father. The fine is said to be very high, including loss of several months of salary.

Turkmenistan is also the target of international nations for increasing human rights abuses. International NGOs say the country is grappling with massive corruption. In Turkmenistan, there is a claim of kleptocracy (a society where leaders enrich themselves by stealing public money).