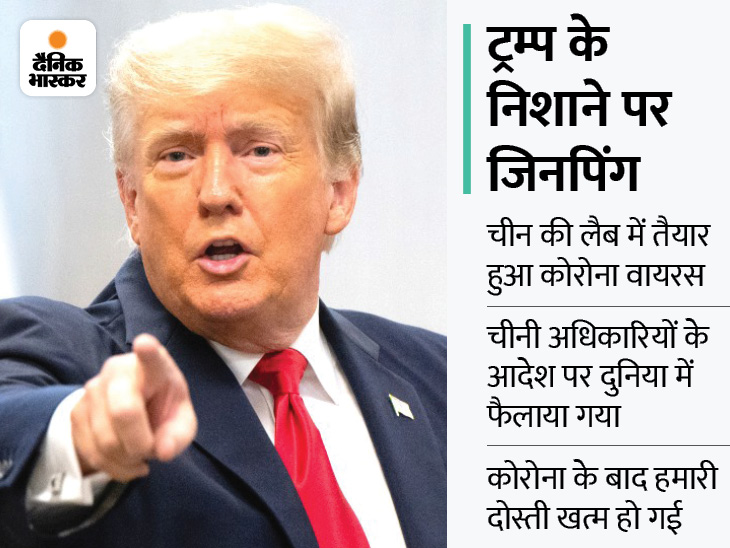 Former US President Donald Trump has called Chinese President Xi Jinping a “killer”. Speaking to Fox News’ Maria Barthromo, Trump said Xi Jinping was the killer who destroyed the world. We had a good friendship before Corona. During the interview, Trump also criticized Joe Biden.

During the interview, Trump said that Jinping had spread the corona and destroyed the whole world. He was a killer, but at one point we had a good relationship. The former US president continues to accuse the corona virus of being manufactured in a laboratory in China and spreading around the world from there on the orders of Chinese authorities.

The epidemic ends the friendship with Xi
Trump said- Xi Jinping and my friendship ended when the corona epidemic broke out. However, tensions between the United States and China began only after Trump came to power in 2016. The former US president launched a trade war with several sharp statements against China while in government.

The trade war between the United States and China during Trump’s presidency made headlines around the world.

Biden fears Chinese president: Trump
Donald Trump, who teased Joe Biden, said he was afraid to see the Chinese president. This is why he did not urge his authorities about the origin of the corona virus. Trump continues to accuse Biden of not accepting the US presidency.

Can Trump return in 2024?
Can Donald Trump return to the White House in 2024? This question is constantly asked in American politics. Recently, UK market research firm YouGov released its highly acclaimed flagship list for 2021. In this list, it is described that Donald Trump is more popular than Joe Biden. Trump is 13th on the list and Joe Biden is 20th.